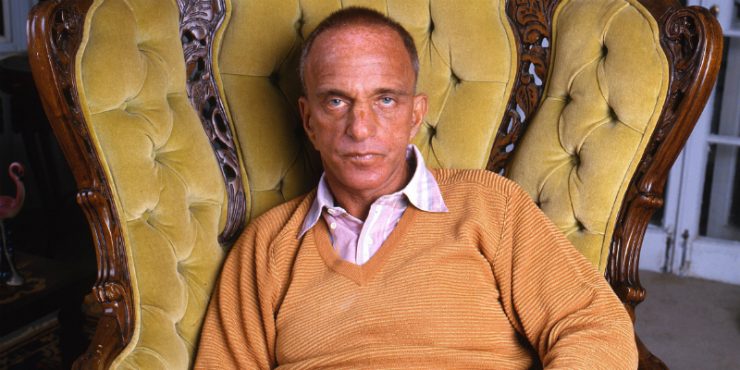 Where’s My Roy Cohn? features several interviews with the title figure, Roy Marcus Cohn. Cohn was a very media savvy figure, and more importantly he liked to be in front of a camera. Bombastic and controversial, he spent a lifetime crushing lives and avoiding consequences. Toward the end of his life, he admits to Mike Wallace that once he dies he will only be known as the chief aid to Senator Joe McCarthy during the anti-communist hearings. He was correct to a point, but has become much more than that since his death in 1986. His fictionalized portrayal in Tony Kushner’s Angels in America both humanized his shame and canonized his evil. And his mentorship of now President Donald Trump has made him an intriguing figure once again.

The Trump angle is an unavoidable one in our current climate, but it is perhaps the least interesting one to focus on. Sure, Trump’s vileness owes a good amount of credit to Cohn’s nurturing, but Matt Tyrnauer’s documentary is much too focused to draw a line from Cohn to a president elected thirty years after his death. Cohn’s own evil seems much more diabolical, and Tyrnauer hypothesizes that it all comes from an inner shame. Shame over his Jewish heritage. Shame over his unattractiveness. Shame over his closeted homosexuality. Cohn’s voracious need to wield his power to bring so many other people down stemmed from an inability to take this rage out on himself.

Cohn is a born movie character – perhaps, the very definition of an anti-hero. His contradictions and hypocrisies abounded, and his lack of tact and empathy added to the purity of his monstrousness. Where’s My Roy Cohn? does a fine job distilling it all into a single film, even if it does feel obligated to talk more about Trump than I would’ve like. I’m not sure a narrative film could ever really capture his humanity (though Al Pacino’s portrayal in the HBO version of Angels came pretty close), because it becomes clear he apparently doesn’t have any. So, watch this documentary if you’d like to accumulate reasons to dislike one of the Twentieth Century’s most despicable people, or consider this: let’s worry about the Roy Cohns still among us.