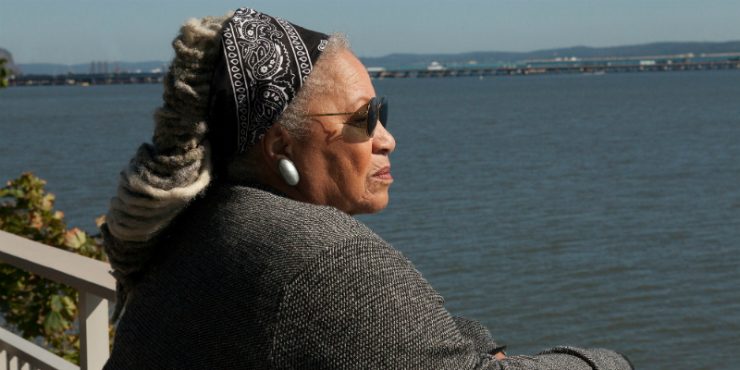 I fear that the audience for this documentary – a fantastic film which focuses on the life and impact of one of America’s greatest Twentieth Century literary figures – will not expand much further past fans of Toni Morrison’s incredible novels. Maybe I say that because I know that I wouldn’t seek out this film if I wasn’t already a fan of the author (I’ve read three of her novels), and that confession plays along with one of the many themes of Toni Morrison: The Pieces I Am, which is that Morrison is an essential but often under-looked part of American canon. The Pieces I Am, a new film from Timothy Greenfield-Sanders goes a long way toward illuminating Morrison’s legacy as well as introducing us to her extraordinary character.

Likely to nobody’s surprise, Greenfield-Sanders’ film reveals Morrison the woman to be a very headstrong, confident figure with remarkable intelligence and astonishing wisdom. Having turned 88 earlier this year, the Howard University graduate shows no signs of withering energy. Her responses to questions about her books, her career and her life, are just as witty and precise as they were in the interview footage of her from the 70s and 80s. Equally unsurprising is how nobody is a better teller of the story of Toni Morrison than Morrison herself. She’s frank and forthright about the many journeys throughout her life, but with the flair of a true master narrator. Greenfield-Sanders is quite smart in showcasing her as an absolute star.

The documentary is filled with interviews from people like Walter Moseley, Sonia Sanchez, and Fran Lebowitz, and many others in between. The best interview by far is Morrison, who shows that the power of her prose and her voice as an author, comes indeed from her voice as a person. The Pieces I Am shows Morrison as an advocate for women, but more importantly women of color. Her interest stems from the absence of these stories during her childhood. As a writer and an editor, Morrison held up the views of black women and people of color, including Angela Davis and Huey P. Newton. The Pieces I Am advocates for Morrison, through the power of her own words, and Greenfield-Sanders is smart to make the film less about biography, and more about artistic understanding and appreciation. It’s an exquisite synergy of filmmaking and subject, producing a tremendously effective story of one of our world’s best artists.