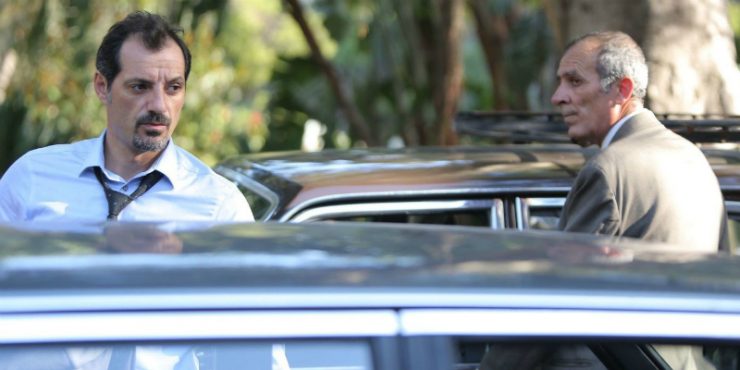 The crux of The Insult is a philosophical disagreement empowered by entrenched biases. Ziad Doueiri’s film tackles the sociological landmine of the Middle East, specifically a town in Lebanon, where Lebanese Christians share a tense relationship with Palestinian refugees. One man from one side is insulted by another man from the other side. The incident is isolated, not apropos of anything political, but the conflict is born out of inherent prejudice. One insult leads to a greater one, which leads to a legal trial where the two mens’ quarrel has spawned from a small matter of pride to a representation of political unrest. The two men struggle to forgive each other, because not only one man would be forgiven but generations of suffering and bloodshed as well. The film does well to illustrate the sheer magnitude of recent traumas on both sides which could lead a small insult to become a media frenzy, but occasionally Doueiri’s film’s moral logic delves into Paul Haggis-like simplicity and the film’s legal plotline takes odd Hollywood twists that belies the film’s gritty aesthetic. I’m not sure the movie earns its optimistic conclusion, though I’ll admit it was nice to see one. Films about the societal quagmire that is the Middle East hardly ever get to end with a smile, though I’m not quite sure The Insult convinces us that it is the ending we deserve.