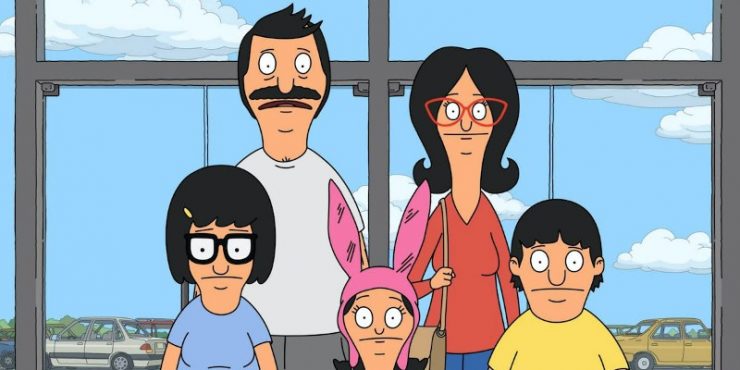 There isn’t much to be said here. The Bob’s Burgers Movie is essentially a 100-minute episode of the enduringly popular animated series Bob’s Burgers. Fans of the show will get what they want: clever, hilarious dialogue with low-stakes, sitcom drama. The voice talents from the show (H. Jon Benjamin, Kristen Schaal, Dan Mintz, Eugene Mirman, Larry Murphy, and John Roberts are the main slate) all show up and perform their perfect line deliveries sculpted by twelve successful seasons of the show. The plot involves the Belcher family in a panicked rush to pay off a costly bank loan or risk losing everything, a common refrain throughout the Bob’s Burgers run. I’m not going to claim that the show and this movie are some kind of Marxist text, but the economic anxiety of the working class is very much foregrounded into the show, and it makes itself a focal point in the film.

Hopes for a fruitful week are hampered by a giant sinkhole opening up in front of the titular burger restaurant, followed by the discovery of a dead body in that same sinkhole. A murder mystery arises which entangles the family’s aloof landlord, Mr. Fishoedor (Kevin Kline), further complicating their ability to pay off the loan. The Belchers, led by the eponymous Bob (Benjamin) and his wife Linda (Roberts), haplessly try to keep the restaurant open in creative ways, while the Belcher children, Tina (Mintz), Gene (Mirman) and Louise (Schaal) attempt to solve the murder. When it becomes apparent that one may have to do with the other, the plot lines merge and create a zany convergence that leads to all sorts of hilarious zingers and absurdities. This is a solid comfort watch for fans of the show, even if I do wish the movie had leaned more into being a full-blown musical. Regardless, this is exactly what it’s supposed to be.