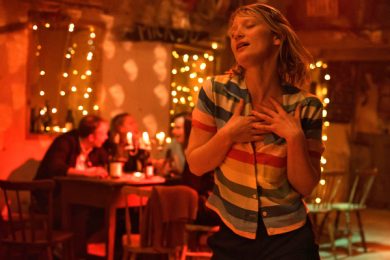 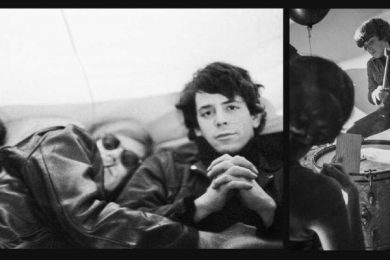 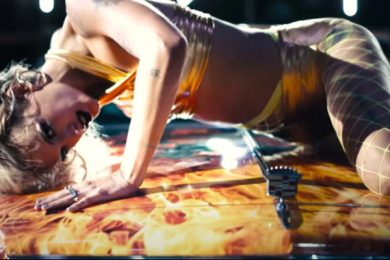 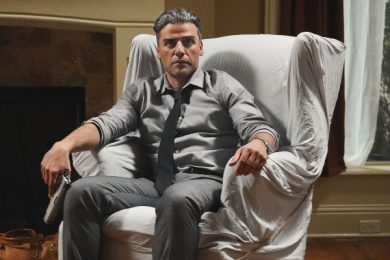 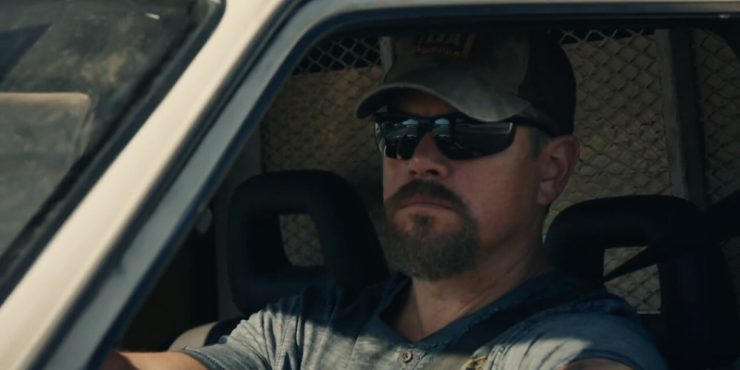 The performance that Matt Damon gives in Stillwater sniffs of awards bait. To play William ‘Bill’ Baker, he sports a well-worn ball cap stained with years of sweat, a tricep tattoo of a bald eagle gripping a skull with a knife in it, and a precise goatee that screams of the fashion faux pas of the early 00’s. Bill is an Oklahoman. He’s a gruff, working class guy with a past of substance abuse and sub-sufficient parenting. Even in a career highlighted by deft versatility and everyman appeal, Bill is as far from Will Hunting that Damon has ever gotten. I can see the allure. Bill is a character overcome with daunting obstacles, and wrought with flaws that make it particularly hard for him to overcome them. This is a chance for Damon to do some capital A acting. Damon rarely gives himself these types of showcases, which is why he’s always been one of my favorite contemporary movie stars.

The film is directed by Tom McCarthy, a director known for his ability to coax great performances from his actors and not much else. His best film, Spotlight, is a tremendous feat of ensemble acting that accompanies a compelling, real-life story. This is all to say that any and all spontaneity or excitement in his films comes from what his actors bring to the table. With few exceptions, his films have a modest grace to them that highlights the stark realities of human behavior. Stillwater feels like his “biggest” film. It stars a world-renowned movie star in Damon and takes place overseas in coastal France. It has big dramatic set pieces and connects to social issues of the modern world. I’m not totally convinced that – in the case of McCarthy – bigger is exactly better.

The French city is Marseille, where Bill’s daughter Allison (Abigail Breslin) is in prison for a murder she says she didn’t commit. After five years in prison, Allison still swears by her innocence. Bill visits routinely from Oklahoma, staying in the same hotel, offering to do Allison’s laundry and bringing her books. The visits are tinged with tension. Bill hasn’t been the best father, and Allison doesn’t fully trust him, but he is the only family she has. There are new leads in Allison’s case that could help in reopening it, but Bill cannot convince their lawyer to investigate. Better to avoid false hope and accept the verdict, he’s told. Never one to follow common sense, Bill decides to follow up on the leads himself. His quest becomes about more than freeing his daughter; it’s also a chance to prove his worth and make up for past transgressions.

Anyone watching will quickly notice the familiarity between Allison’s story and that of Amanda Knox. The film is said to be “loosely based” on Knox’s saga which captivated the world in 2007. While obvious that McCarthy is using Knox as a springboard to tell Bill’s story, there is understandable ethical pitfalls (Knox herself has denounced the film). In Stillwater, Allison was in love with her roommate who was eventually found stabbed to death in their shared apartment. It was a passionate young romance that turned fraught and, eventually, deadly. The addition of love adds some complexity to the already fascinating story, but one can understand Knox’s distaste for it.

Bill seems to accept his daughter’s queerness with a steel reserve, but it’s hard to tell since he greets everyone with just about the bare minimum of public niceties. This goes twofold in Marseille, where his aggressive use of polite American colloquialisms in a French-speaking country screams how little he actually wants to be there. He manages to make one friend in Maya (Lilou Siauvaud), a young girl living in the hotel room next door. The two bond when she finds herself locked out of her room with her mother nowhere in sight. The mother, Virginie (Camille Cottin), is an actress and single mother. Learning of Bill’s good deed, she offers to pay it forward. Bill quickly takes her up on it when he realizes that he needs a translator if he wants to track down the real killer of Allison’s lover.

So Stillwater in a way becomes two movies. One a tense thriller about a father traveling into an unknown heart of darkness to rescue his daughter, and the other about an emotionally neutered man trying to make up for past sins by helping a single mother and finally becoming the attentive father he was never able to be with his actual child. The two stories certainly play comfortably atop one another, even if it does make the movie unnaturally long. McCarthy is a master of those choice moments between characters that really bring out their humanity, but he is less precise with action plot lines. Stillwater‘s script (written by McCarthy and Marcus Hinchey, as well as Thomas Bidegain and Noé Debré – the kind of log jam in credit that raises red flags), shifts into the hysterical as it churns along, relying on contrivance in such obvious ways, the movie doesn’t even try to disguise it.

McCarthy will always be at the mercy of his scripts, and evidence seems to show that he shouldn’t extend much past the character-based dramas that he made earlier in his career (The Station Agent and Win Win are real gems). And the performances in Stillwater are exceptional. Cottin’s compassionate mother makes little sense on the page but the performance makes her believable, and Breslin seems primed to shed the kiddy image of Little Miss Sunshine and gain a reputation as a bonafide talented actress. Siauvaud’s Maya recalls Breslin’s Sunshine performance from 2005, a child performance that manages to build a real and full character. Their success earns McCarthy great credit.

This leaves Damon, whose performance is measured and technically proficient. That the character lacks Damon’s usual charisma is no fault to him, as he seeks to bring us a Matt Damon we’ve never seen before. I’m not convinced this would rank amongst his best performances, but it is good. One of the subtler tragedies of the American Trump Era is that stories about working class, Middle American white people will always be somewhat tinged by his presence. Stillwater doesn’t shy away from the obvious possibility of Bill’s Trump allegiances, though it does find a clever way to avoid commitment. I would’ve preferred no mention of the former president myself, but perhaps that’s impossible from now on. While doing it’s best to avoid politics, Stillwater proves that there are still entire regions of American sullied by his stench.