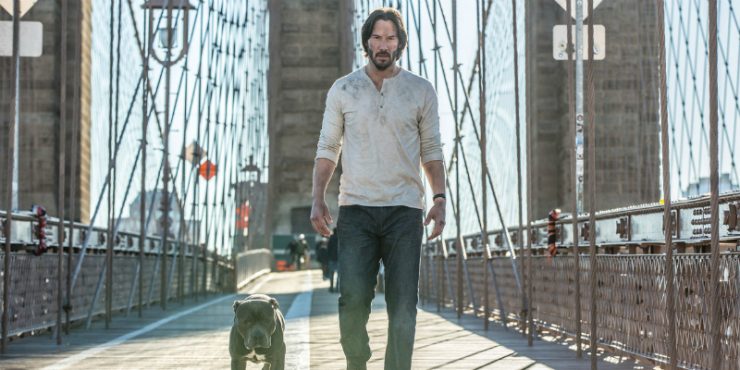 The biggest plot hole in these John Wick films is that people continue to challenge his willful capacity for violence and carnage. We all know how this story is going to end, so why don’t these other contract killers know? The degree to which the first John Wick film works depends on the film’s ability to create a vulnerability for Wick, who by all other accounts seems to be a mythologically devastating force. There doesn’t seem to be any one person who can stop him and it certainly doesn’t seem to matter how many people you put in his way, he is a one-man wrecking ball of bullets and blood, a force of nature capable of wiping out anyone anywhere. Chapter 2 doesn’t have any of the vulnerability and aside from some very impressive fight choreography, its action set pieces are piecemeal and boring. A sequence inside underground tunnels felt more like watching your friend play video games than a film. Reeves is certainly a specimen, and his acumen within this kind of movie is always impressive. He’s turned his wooden acting style to his benefit. When you’re playing a being as perfect as John Wick you can’t also expect personality. Chapter 2 does deliver on the gruesome promise of the first film, but only delivers with carnage. Gone is the cleverness of the first film, and that void is filled with a disturbing amount of heads being blown off with automatic handguns. John Wick felt unique because it took its superhuman protagonist and made him palatable. Chapter 2 is just another brainless action film, ill equipped to do anything aside from feed an audience thirsty for nonstop violence.