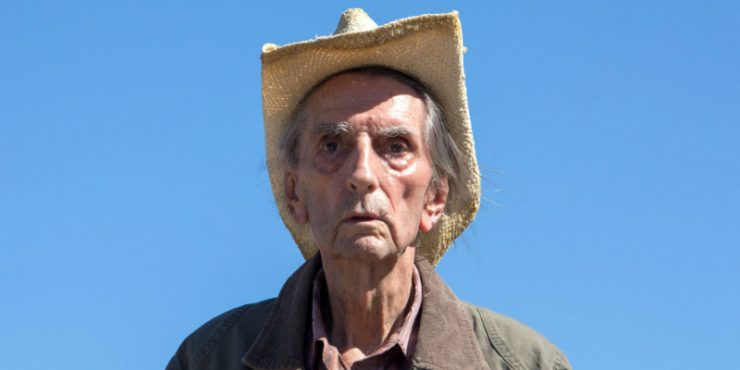 John Carroll Lynch’s Lucky feels at times like a short film that’s running a bit too long. There isn’t much to the story. It stars Harry Dean Stanton as the titular Lucky, a 90-year-old atheist and critical thinker. Stanton’s death last month adds a somber resonance to Lucky’s existential journey. In great shape despite his age and a nasty smoking habit, Lucky still finds himself close to the end. He has plenty of friends, including those running the local diner (Barry Shabaka Henley, Yvonne Huff) and the local bar (Beth Grant, James Darren). His good friend Howard (David Lynch) is grieving the disappearance of his 100-year-old tortoise President Roosevelt. He respects all of his companions, but seems to put very little purpose in true human connection. His deepest conversation in this film is with a fellow World War II veteran (Tom Skeritt, reuniting the former Alien co-stars), who shares a harrowing story of what he witnessed. Lucky can’t shake his fear of what is to come. He has spent so much time living, he’d forgotten about finding somebody who would do it with him. Stanton and his willful supporting cast are doing good work here, but there isn’t a whole lot to hold onto. This is a suiting goodbye for one of the best and most beloved character actors of his time, but far from his best.