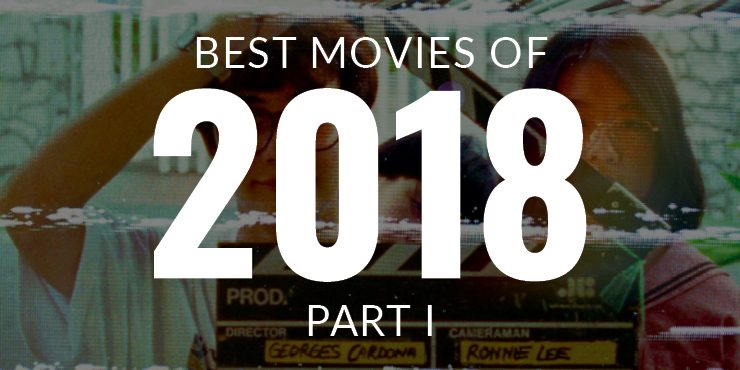 As a film year, I would probably describe 2018 as incredibly deep, if missing those unmistakable masterpieces that define certain other years. Even last year, films like Phantom Thread and Lady Bird established an immediate enduring quality which most audiences could recognize as a cinematic classic. I don’t yet know if any of the movies I saw this year will reach that level of quality, and yet, last year it was only fifteen films that I could bring myself to write about by the time the year ended, where in 2018 I had trouble narrowing it down to 25. So I’ll make apologies to Happy as Lazzaro, The Old Man & the Gun, Crazy Rich Asians, The Party, and Annihilation, all great films that just missed the cut. And so, after that, here is Part I of Best of the Year list, #25-11:

25. Basketball: A Love Story, dir. Dan Klores
This 20-hour ESPN documentary series follows the story of basketball, from its Midwestern origins to its multi-national present. Over ten episodes, we learn about stars as beloved as Oscar Robertson, Michael Jordan and LeBron James, and forgotten greats like Elvin Hayes, Cheryl Miller and David Thompson. Covering college, pros, women’s basketball and international play, this is the definitive history of America’s greatest sport. 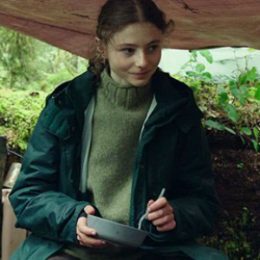 24. Leave No Trace, dir. Debra Granik
Debra Granik’s first narrative feature since 2010’s indie smash, Winter’s Bone, is a melancholy father-daughter drama about the dynamics of survival and the debilitating effects of PTSD. With tremendous acting from its two leads, Ben Foster and newcomer Thomasin McKenzie, Leave No Trace is a tender portrait of an irregular family contorted by an intolerant society and mental illness.

23. Monrovia, Indiana, dir. Frederick Wiseman
Film legend Frederick Wiseman turns his probing camera toward the small, Middle American town that gets the name of this documentary. Documenting the everyday, mundane activities throughout this town’s schools, fairs, shops and various bureaucracies, Wiseman finds a poetic timber throughout the characters that he showcases. Avoiding any and all connections that Monrovia may have with Trumpian social values, he manages to make a touching, occasionally strange film about an America long forgotten.

22. Wildlife, dir. Paul Dano
In his directorial debut, Paul Dano adapts this Richard Ford novel about a young man (Ed Oxenbould) watching his parents’ marriage descend into chaos. The parents are played by Carey Mulligan and Jake Gyllenhaal, as two able, attractive people floundering in 1950’s America, left behind by the ever-growing middle class. The performances, led by Mulligan – and also including Bill Camp as an older man who gets Mulligan’s attention – are across-the-board excellent, and the slick filmmaking shows that Dano has a strong eye for character-led stories.

21. Cold War, dir. Paweł Pawlikowski
This love story haunted by the unrelenting snow and tenuous political turmoil of Soviet Poland is a rousing, musical melodrama that spans over a decade in the lives of two people (played beautifully by Joanna Kulig and Tomasz Kot) who continue to find one another despite daunting opposition. Oscar-winner Paweł Pawlikowski crafts the film in stunning black & white in a boxy 4:3 aspect ratio which adds lush timelessness to this tale of romance overcoming doom. 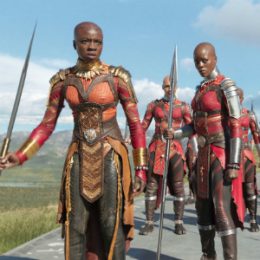 20. Black Panther, dir. Ryan Coogler
Black Panther‘s February release feels like so long ago, already, but it’s monumental box office success was not unlike a revolution. This Marvel film is told in the usual tradition of superhero origins, though it helps that Black Panther had already appeared in Captain America: Civil War, which allows Panther to resist getting bogged down in exposition. Director Ryan Coogler’s unique Hollywood style (top-shelf filmmaking blended with fierce style and deep characterization) sets it apart, creating something distinct from a studio who can’t stop telling the same story.

19. Support the Girls, dir. Andrew Bujalski
This comedy stars Regina Hall in one of the best performances of the year. She plays the manager of a highway exit sports restaurant, struggling to keep it together on a day where very little goes her way. Haley Lu Richardson and Shayna ‘Junglepussy’ McHale give great supporting performances as members of the restaurant’s staff whose enthusiasm for the job shows itself in very different ways. From Andrew Bujalski, the film is a stunningly accurate portrayal of the thanklessness involved in the service industry, led by Hall an actress whose expert skill and timing have never been better.

18. Won’t You Be My Neighbor?, dir. Morgan Neville
This docu-biopic on television icon Fred Rogers is also a gentle call for decency and civility in our turbulent times. Breezing through the timeline of his historic PBS program, Mister Rogers’ Neighborhood, interviews and clips prove Rogers to be a chronically well-meaning, sentimental man, whose Christian beliefs led him to preach messages of acceptance and harmony. It’s hard not to get caught up in the film’s sweetness, embodied by its central figure, which reminds one that it is possible for a popular figure to approach grace. 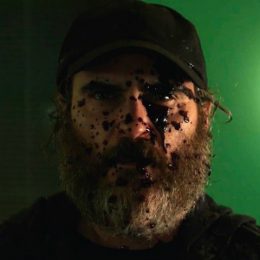 17. You Were Never Really Here, dir. Lynne Ramsay
Joaquin Phoenix once again travels deep into the darkness of his character in this brutal crime drama about an afflicted enforcer who is asked to save a young girl sold into sex trafficking. Director Lynne Ramsay loves the murky, brooding underworld of these types of people, and this time her film is supplemented by the music of Jonny Greenwood. Tormented by PTSD, Phoenix’s hammer-wielding strongman plows his way through criminals and politicians alike to save the girl, and hopefully save his soul.

16. Golden Exits, dir. Alex Ross Perry
Usually an inventor of biting, cynical comedies filled with prideful, emotionally-stunted characters, Alex Ross Perry doesn’t deviate far with Golden Exits, but he seems to find a bit of solace. A wonderful ensemble including Emily Browning, Adam Horovits, Jason Schwartzman, Chloë Sevigny and a brilliant Mary-Louise Parker fills out this collection of insecure New Yorkers approaching middle age with little to show but modest professional success and marriage trouble. Funny with a melancholy tinge, Golden Exits is the kind of feel-bad New York indie that I can almost always get behind.

15. BlacKkKlansman, dir. Spike Lee
This true story – a black Colorado Springs police officer poses with the voice of a white man to infiltrate the local chapter of the Ku Klux Klan – is just outrageous enough to be perfect for the often incendiary Spike Lee. Lee’s shocking, occasionally funny story of one man’s Sisyphean quest to bring down one of America’s most racist institutions is quintessentially Spike, from its evocative shot construction and cross cutting, to its dismissal of subtlety in the face of injustice. Led by John David Washington’s terrific performance, BlacKkKlansman is an assertive film that cannot be missed.

14. Shirkers, dir. Sandi Tan
This engrossing documentary follows a scrappy collection of teenagers (including Shirkers director Sandi Tan) trying to make a feature film in Singapore. Deeply examining herself, her friends and a shifty film professor turned nemesis named Georges Cardona, Tan wants to get to the bottom of the story of why her first film never saw the light of day. This tale of dashed dreams, youthful enthusiasm and the needy behavior of creative minds is equal parts absorbing and haunting. A thudding reality check about the tenuous ownership between artist and art. 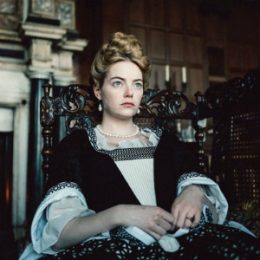 13. The Favourite, dir. Yorgos Lanthimos
The triptych of performances at the head of The Favourite is such a wondrous mixture of ego, cruelty and the occasional sense of vulnerability. Olivia Colman, Emma Stone and Rachel Weisz play three women living at the top of 18th century English royalty food chain, and Yorgos Lanthimos’ The Favourite is the story of how they scheme and manipulate their way up and down the ladder of social and political influence. Fierce narratives about power dynamics are nothing new, but for Lanthimos to center it on three competitive, insecure women (in a story based on actual history, no less) feels both scandalous and refreshing, and adds a good amount to the film’s dark humor.

12. The Death of Stalin, dir. Armando Iannucci
Veep creator and In The Loop director, Armando Iannucci, brings his slapdash, improv-heavy, occasionally glib comedic stylings to the brutal end of Russia’s Stalin empire. Steve Buscemi and Simon Russell Beale highlight an ensemble cast portraying Russia’s political elite as vain, power-hungry children scheming various acts of betrayal and subterfuge after the sudden death of their leader, Joseph Stalin. With a cast of American and British actors, Iannucci has little interest in the specific details Soviet political history, only accentuating the absurdities and narcissisms that come with incredible power, and the irony of our documented leaders possessing little elegance.

11. Widows, dir. Steve McQueen
Director Steve McQueen has no qualms with taking a heist movie and making something incredibly piercing and character-driven. Given Viola Davis, our most regal and powerful movie star, McQueen decides to spread his story out, to include the likes of political thugs (played on opposite ends by Brian Tyree Henry and Colin Farrell), actual thugs (Liam Neeson and Daniel Kaluuya), and the heartbroken women mistreated and deserted by men who claimed to love them (Elizabeth Debicki, Michele Rodriguez, Cynthia Erivo). Co-written by Gillian Flynn, Widows is a taught thriller with numerous threads, encompassing a wide variety of thematic material, including race, gender and class. McQueen is one of the few who can be so confrontational about this material without becoming disorganized, and Widows is a the testament to that.