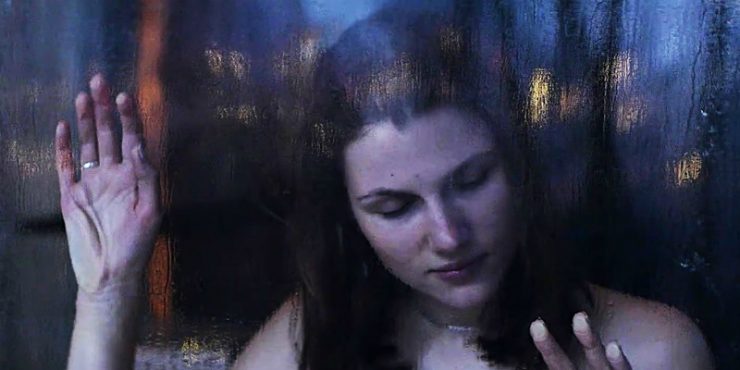 Loveless is the kind of feel-bad drama that gives you no release. It focuses on a crumbling marriage that is in such bad shape that not even the well-being of their twelve-year-old son can bring them to cease their hatred for each other. When that son goes missing, the parents suddenly find themselves in a situation where they must work together. They aren’t much better partners in a search party than they are as a married couple. Both of them are deeply committed to other people, so thoroughly facing the future without each other that their son’s disappearance can’t bring them together. It only further drives them apart.

This is a situation ripe with drama, but director Andrey Zyvagintsey sucks it all out. He and cinematographer Mikhail Krichman linger on shots of the parents, living in their separate worlds, as if they’re in separate realities. Loud sounds of 2012 news plays in background often, painting an image of contemporary Russia that seems so bleak that even your child disappearing can’t pierce the eternal numbness. I found this film’s bleakness upsetting and I found its aesthetic pretentious. I don’t think it brought forward anything meaningful about human existence except that difficult people will even find decency difficult.

Maryana Spivak plays the mother, Zhenya, and at times her performance reaches a steeliness that’s disturbing enough to occasionally feel human. Everyone else sleepwalks throughout, an obvious creative choice by Zyvagintsey that some might conflate with gravity, but really just makes Loveless, quite frankly, boring. This film seems to be a warning against lovelessness, a call for humanity in the void. But this feels loveless in and of itself. Its women are catty and conniving, its men are spineless and corrupt. It has no belief in infrastructure or bureaucracy or humanity for that matter. The whole thing feels nihilistic without much of a point. Its stances feel empty. What good is a melodrama if nothing feels tragic?