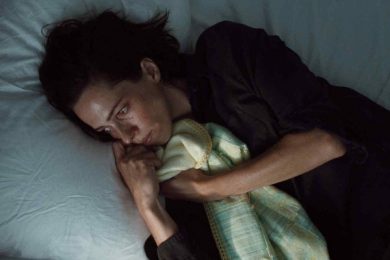 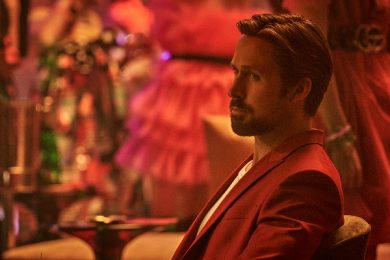 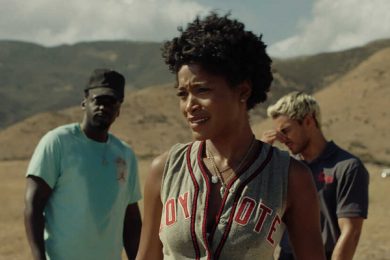 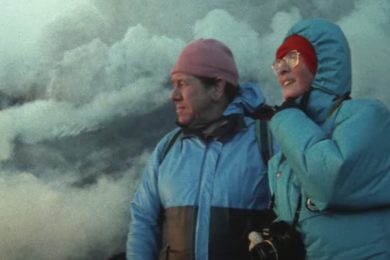 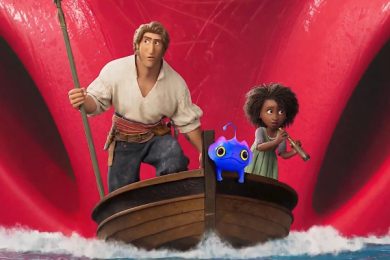 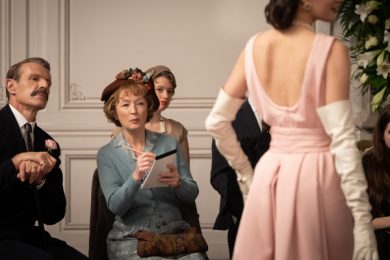 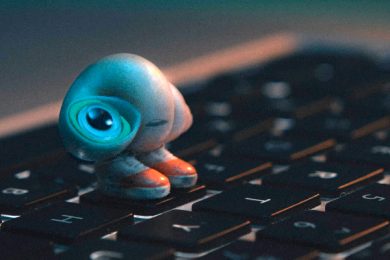 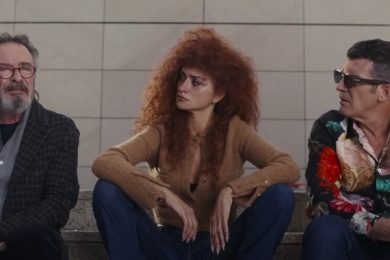 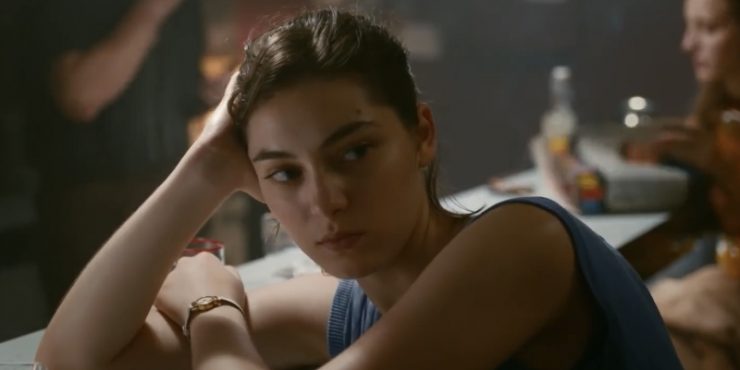 The timeliness of Happening is not incidental. I don’t mean that this French abortion drama timed its release with a heartbreaking American news cycle. I mean that part of the film’s thesis is that there is never a time when women have been safe to make decisions on their own reproductive rights. The film takes place in France in the early 1960’s, but there is a timelessness to its tale, a perpetual danger ever present in the lives of women no matter the period or the place. Directed by Audrey Diwan with a smothering immediacy, Happening does not wring its hands about the morality of abortion or its main character’s hunt for one. It is instead an explicit call for agency and bodily control, an unflinching report of the lengths one must go through in order to defy a system that denies you the right to a choice.

Anamaria Vartolomei is absolutely brilliant as Anne, a university literature student excelling in class and exploring herself outside of it. Some of her classmates make accusations against her chastity, spreading gossip about her private life. Anne hardly acknowledges them, preferring to mind her own business and hoping others learn to do the same. Everything changes when she finds out she’s pregnant. “Not possible,” she exclaims, but her doctor (Frabrizio Rongione) is steadfast in his assessment. She wastes little time before asking for help, and from her pained expression, he immediately understands what she means, but he cannot help. Severe anti-abortion laws in France means they both risk prison time for such a thing. Even thinking about it is dangerous. With sympathetic eyes, he explains that it’s too late.

It’s at this moment that the film becomes a ticking clock thriller, with Anne singularly focused on procuring an abortion. Never once does she consider the alternative, instead bemoaning the ripple effects it will have on her student career and her future. An education is her ticket to an autonomy she has always dreamed of; an unwed pregnancy is a prison sentence sure to bound her into domesticity and shame. Her mother (the great Sandrine Bonnaire) is caring but clueless to her daughter’s plight, while her professor (Pio Mormaï), becomes frustrated by Anne’s sudden drop in class performance. Her best friends (Louise Orry-Diquero, Luàna Bajrami) love to talk about sex but get squeamish when the reality approaches. The various young men in Anne’s life – including the child’s father – end up showing little sympathy or support.

A striking detail throughout Happening is how few people rebuke Anne for wanting the abortion, but instead espouse their fear at the consequences one faces in trying to get one. It’s not only committing a crime, but risking your life and health. Anne leaves no stone unturned, taking any opportunity she can to end her pregnancy. On several occasions, her persistence spills over into perilousness, performing at home procedures that most would not dare attempt. When she finally does meet a woman willing to perform the procedure, Mme Rivière (an astounding Anna Mouglalis), it is less cut-and-dry then she expects – and Rivière is not the cuddliest surgeon. The film’s script (by Diwan with Marcia Romano and Anne Berest) is stark and unafraid of the more unpleasant details. This is a film that would be difficult to watch under normal circumstances, but it may be especially so in a time when the American government seems primed to bring this era back to stunning life.

Movies like Cristian Mungiu’s 2007 film 4 Months, 3 Weeks, and 2 Days or Eliza Hittman’s 2020 film Never Rarely Sometimes Always have tread on this material before. Both of those movies are spectacular if bleak demonstrations of the sheer force pushed against women who opt for ending their pregnancy; and both are about the importance of having a friend willing to risk their own safety to help. Happening separates itself because Anne’s entire journey is taken alone. Her pregnancy has created an unbearable solitude. Admitting her condition could be disastrous; an opinion proven when the few people she decides to tell are either immediately disdainful or prove impotent in providing any actual help. Despite efforts, Anne knows that she is ultimately on her own, a fate she accepts if it can get her the care that she needs.

Diwan and cinematographer Laurent Tangy film Anne in tight close-ups with shallow focus. Her desperation and anguish is shown in claustrophobic detail, the frame cropped into a boxy 1.37:1 aspect ratio that heightens the tension and further visualizes the emotional prison Anne is hoping to avoid. As time passes, Diwan’s camera becomes less stationary, more isolated, our view of events becoming more and more partial. Happening is a film unafraid to show the bloody specifics but Diwan is intelligent in her reveals, never dwelling on gore. Her imagery is visceral and hard to watch, but that discomfort comes more from the emotional stakes and less from the anatomical violence.

There were walkouts in my screening of this film, no doubt many finding the film’s explicit nature a bit overbearing in a political climate where abortion is at the forefront once again. The conflict at the center of this film is not in search of a happy ending, but a civil conclusion. Anne seeks no virtue, she doesn’t even stop to consider her pregnancy a consequence of sexual proclivity. The power in Vartolomie’s performance is how little she tries to make Anne a victim, even if she does recognize the unfairness of her situation. Instead, the young actress channels an unbreakable steadfastness. Even in 1963, she demands her abortion as a human right, not a pathway to erase her mistakes. The power of Happening – and it’s entire central premise – is that this is still considered a radical stance, even six decades later.