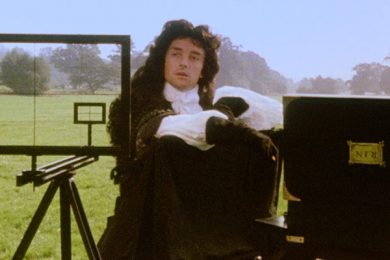 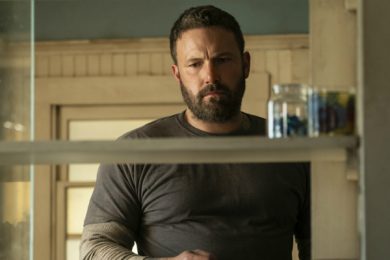 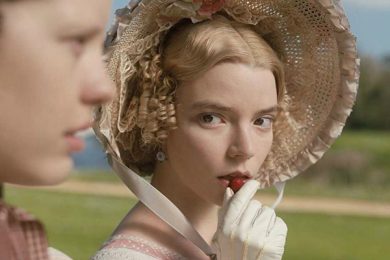 It’s not that far out of the realm of reality that something along the lines as a sequel to William Shakespeare’s Hamlet could actually be created, but we must ask that question that we do with any kind of sequel–is it really necessary? Well, for Dana Marschz (Steve Coogan), a high school drama teacher, the answer is an enthusiastic ‘definitely’. Hence forth, Hamlet 2 is born. A play such a stretch both creatively and morally from the original piece that it sends the entire nation into a First Amendment crisis.

The story involves the aforementioned Marschz (I won’t even try to explain how it’s pronounced), who has failed miserably as a struggling actor, wasting time in infomercials about herpes and brainless episodes of Xena: Warrior Princess. Low on cash, Dana drags his abrasive wife Brie (Catherine Keener) to Tuscon where he decides to try his hand at high school drama. He only has two devoted students, who play out his own ramshackled recreations of films on the stage, such as Erin Brokovich or Mr. Holland’s Opus.

Needless to say, his theater remakes of cinema are disregarded in the school, and panned by the school paper’s harshest critic: a 13-year-old adolescent with a very advanced sense of art. When the school threatens to cancel drama forever, it’s up to Dana and a new crop of rough-and-tumble students to try and bring the program back into the school’s good graces. How do you do that? Dana ponders, and decides that he will write his own play, a completely unrelated sequel to the Bard’s classic that involves Jesus, a time machine, and Satan french-kissing the United States president.

Little time is spared before the school, the town of Tuscon, and–most importantly–the students’ parents display their disdain for this offensive play, and the clueless Dana is swept up into a controversy that only a man of his limited brain function could create. Marschz attempts to put out the flames with the help of a fiesty amendment lawyer (Amy Poeler) and Elizabeth Shue (yes, the Elizabeth Shue, who–in this film–has given up acting to become a nurse in Tuscon). It is only up to the show itself to prove the nay-sayers wrong, but will the show even go on?

Hamlet 2 is quite paradoxical as a film, mostly because of its uneven humor. There are moments of great guffaws, but they are mostly few and far between other costly moments of adolescent humor, and plot points which slightly come off as serious or dramatic (though, I may have just not gotten the joke). So, what is the great equalizer? Are those few hysterical appearances enough to bouy a mediocre comedy? Well, in the case of this reviewer, it’s the enthusiasm and energy of the film’s main star Steve Coogan that makes this film bright, funny, and quite an enjoyable experience.

It may be my sense of nostalgia, because I was once sitting inside a high school drama class headed by a talentless bafoon. But that is not what is important. What is important in high school drama–and this film makes a point to say this–is enthusiasm, and boy did that teacher that “taught” me have plenty of that. Anyone who has ever taken any form of theater, whether it be in Juliard or elementary school, can see a resemblance in Marschz to that one crazy instructor who thought everything you needed to learn in life could be found within the pages of his favorite play (or in Marschz’s case, movie).

The young actors who play Hamlet 2’s cast are all competent if not carbon-copies of the way most teenagers are presented in Hollywood films. Thr truth is the film saves itself from medocrity about an hour and ten minutes in, when the actual play begins. Watching it, I felt exhilarated, thinking that if someone had ever had the moxy to actually put this show on, it could work as a satire in the form of Rosencratz and Guildenstern Are Dead. But soon, I came to my senses and noticed that the show’s briliance was in part due to it’s congested state within the movie.

In a fair world, the song “Rock Me, Sexy Jesus” would be in serious consideration for a Best Original Song Academy Award, but I wouldn’t give it more than a puncher’s chance just to score a nomination. The film squanders many moments for great humor in exchange for the kind an adolescent might enjoy, and actually puts Catherine Keener in a position that I’ve never seen her: stuck in a character that even she can’t make sense out of. That all said, I can’t say I didn’t leave the theater glad I’d seen it, and glad to see a talented performer like Coogan display his brand of humor on the big stage.